The design of the VRM mixer is based on creating the 'multiple mass flow' principle in the mixing vessel. This mass flow is achieved by using a single-sided, mounted mixing screw placed in a central tube. The product to be mixed is transported through the tube from below into the mixing screw.

In combination with the angle of the mixing heads and the outlet cone, different, separate mixing zones are created, resulting in a very high variety of mass flow. As a result, the VRM mixer can be used for mixing or homogenizing relatively small quantities of approximately 10-25 % of the total mixing tank capacity. 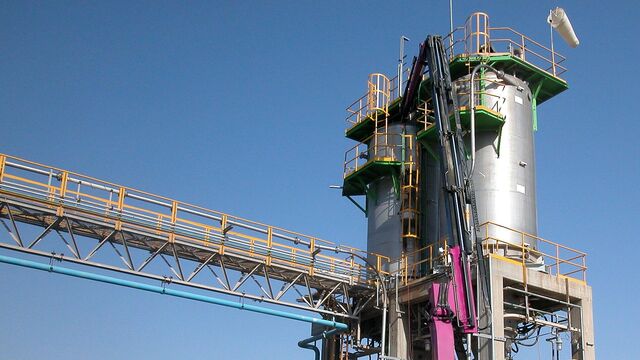 For optimal mixing, the mechanical mixing screw can be combined with a pneumatic system using the so-called 'Choke' effect. For this purpose a special fluidization cone is placed in the bottom of the VRM mixer, which adds metered air or inert gas to the product. The fluidized product can then easily be raised through the mixing tube.

The degree of filling of the mixing screw can then be checked by controlling the amount of air or gas: the mixing process can be fully controlled by increasing or decreasing the 'choke' effect. The fluidization facility is always used, even when absolutely non-fluidizable products are processed (such as plastic granules). This is because it enhances the product lift and reduces wall friction in the mixing screw, resulting in a negligible granules breakage and lower absorbed power.

A shorter mixing time is also obtained with fluidisable products. This combination ensures a very efficient operation and a very high mixing result. 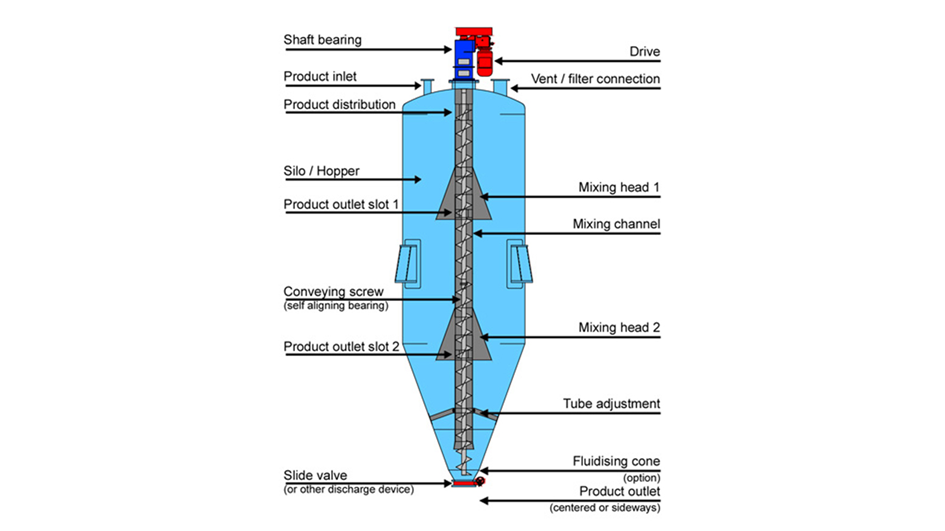 Curious when to use the above system? Have a look at our selection of industries for a suitable application of this system and of our other products.

Looking for a more specific industry and/or application? We are happy to take on the challenge! Contact us at sales@tbma.com.

Animal feed
Chemicals
Industries overview
WHO WE ARE

TBMA are specialists in the design and supply of components and systems for bulk solids handling. Our extensive range of high quality processing equipment is suitable for handling powders and granules with proven reliability in practice in a variety of processing industries. The highly qualified and experienced TBMA staff are well able to translate your requirements into the right execution and application of our components. We also offer the design and execution of complete projects, thus providing you with an efficient, reliable and sustainable solution for your process.

Let us know how we can help you!